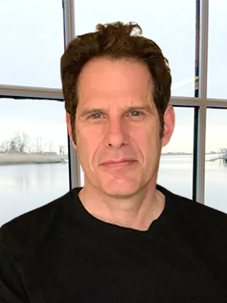 Jon Hendel is a third-generation fuel and convenience store owner/operator with deep knowledge and ties to the industry. In 2009, Jon was appointed President of his family’s business Hendel’s, Inc. (d/b/a Henny Penny Convenience Stores) and led a turnaround that saw the Company improve from breakeven profitability to over $15 million in annual EBITDA.

The company’s turnaround culminated in Jon successfully selling Henny Penny in 2018 to Petroleum Marketing Group (“PMG”), one of the largest fuel distributors in the eastern United States with a network of over 1,200 sites with locations from Maine to Florida.

Jon’s operational and industry-specific financial acumen helped drive a significant financial return for his family’s business. Now as an advisor on Carter Morse & Goodrich’s Fuel & Retail Convenience investment banking team, Jon looks to keep success in the family, advising other fuel and retail family-owned and founder-led businesses and helping them achieve their own once-in-a-lifetime M&A transaction.

At the store level, Jon led the Henny Penny team to improve same-store sales through implementing manager incentive programs and targeted marketing programs. Every aspect of store operations were measured, from cleanliness of bathrooms, to pump speeds, to appropriate signage– and site-level employees were rewarded for performance.

Jon put his general contracting experience to use in the gas industry, implementing a rigorous bidding process on all construction, including tank replacements, new store construction and store renovations. He was able to build stores at 60% of the cost of competitors and replace tanks at 75% of the cost of others.

Upon rejoining Henny Penny in 2009, Jon's first initiative was to institute a detailed accounting system to track individual sites’ profit and loss metrics. This required implementing new software and rigorous audit procedures to track store merchandise shrinkage. Within 12 months, shrink was reduced from 5% to less than 1%, saving the company $600,000 per year. When the time came for the Hendel family to consider a sale, Jon was able to deliver store level financials for all sites in a simple and straightforward manner, which allowed potential buyers to better understand store-level economics.