Should Taxes Be the Tail That Wags the Dog? 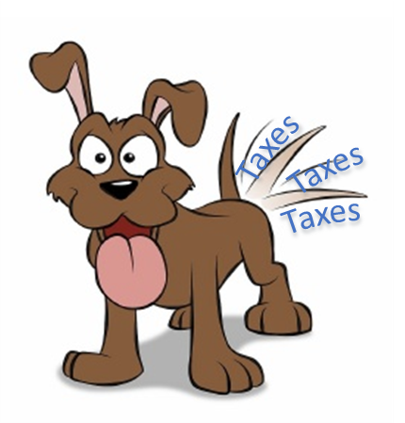 In his first address to a joint session of Congress on April 28th, President Biden proposed sweeping changes to the tax code that could alter the after-tax economics of selling a business. Deciding whether and when to sell a company is already an emotionally fraught decision for most owners. It becomes even more so in an uncertain tax climate with a ticking clock as we move closer to potentially significant changes in capital gains and other taxes.

How might these proposed policy changes affect someone considering selling a business and particularly how should taxes factor into that decision. Here are a few thoughts that business owners need to consider:

In more detail, the proposed increase would tax long-term capital gains over $1 million as ordinary income (currently contemplated at 39.6% for high-income earners) in addition to the 3.8% Net Investment Income Tax/Medicare surcharge, bringing the total federal-level tax to 43.4%. This does not include any additional state taxes that may be due on top of this rate. The actual amount sellers pay in capital gains depends on many factors, including the company’s legal structure, length of ownership, income tax bracket, existing tax basis, and any transaction expenses. The simplified illustration below demonstrates the potential impact on an after-tax basis.

Considering the financial impact of this tax proposal on a hypothetical company (with $10 million in EBITDA and an 8x multiple), assuming no other changes, the seller would have an increased federal tax bill of $13.3 million. In order to break even, the company would need to increase its EBITDA from $10 million to nearly $13 million (or ~30%) simply to offset the effect of the proposed increase in capital gains tax.

It is important to note that the illustration above paints a worst-case tax scenario. The proposal will be heavily debated and most likely change as it moves through Congress. ‍

Should the Tax Tail Wag the Dog?

While taxes are important, they are certainly not the only factor that should impact the decision to explore a sale. Even when the tax climate is not ideal, other factors undoubtedly weigh more heavily on the total value of the transaction, including:

• Transaction Structure: Has an analysis been performed to calculate the potential impact of the structural components of a sale (i.e., stock vs. asset sale or a potential roll-over investment alongside a new partner)?  Given a company’s tax basis, and expected valuation, how much of a tax impact is there in the first place?

‍ • Owner Preparedness: Does the contemplated transaction address the personal goals and objectives of the owners? Have the owners and their families considered all the options and alternatives?  Is now the right time for them to pursue a transaction?

‍ • Company Preparedness: Is the company and the management team prepared to undergo a sale process and transition ownership? Does the Company have a well-documented strategic and growth plan?  Do they have their financial and legal houses in order?

‍ • Market Strength: Is the M&A market, as a whole and for their industry performing well?  What other successful transactions can be used as benchmarks for the company?

‍ • Process Considerations:   Will there be a disciplined auction process? Is there a way to leverage competition between bidders?

CMG is observing a meaningful “rush to the exit” to complete a transaction in 2021, fueled by the fear of the impending tax hikes and as a result of Covid battle-scars. For owners that are fully prepared to begin a process, a year-end closing is certainly achievable. However, for those that have not yet started a process or need significant time to prepare, it may be better to wait rather than to allow the tax tail to wag the dog. It is most likely that a patient, disciplined process will result in a higher multiple than a hurried one.

Nobody knows where the final tax regulations will end up and there is no ‘right’ answer on when to sell a business. Our team can assist with an analysis to help evaluate strategies to improve the overall value of your Company and help maximize after tax proceeds.