SPACs: Is there a new exit option in town? 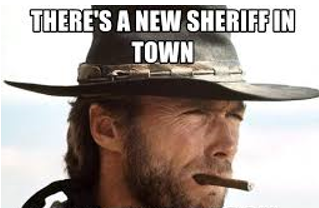 Traditional exit alternatives for a middle market, privately-held company include a sale to a strategic buyer, a recapitalization with a private equity investor or an initial public offering (IPO).  A once out-of-favor option has recently emerged as one of Wall Street’s hottest trends in the form of selling to a SPAC.  A SPAC is a Special Purpose Acquisition Company, otherwise known as a “blank-check” company, that provides a viable alternative to an IPO.  Let’s examine whether this is a realistic new exit option for business owners.

SPACs are all the rage

SPACs raised approximately $82 billion in 2020, nearly a six-fold increase over 2019; an amount greater than all of the money previously raised through SPACs ever.  Momentum is accelerating.  As of early March, there were 246 SPACs that went public globally so far this year generating an aggregate of $78 billion of capital, almost reaching 2020’s record numbers in less than three months.

The surge in SPAC issuance highlights a reputational shift as these companies had been associated with penny-stock frauds and dismal returns in the past.  Recently, however, a number of SPACs have been launched by high quality institutional investors.

What is a SPAC?

A SPAC is a publicly traded shell company with no operations that raises money from an initial public offering (IPO) in order to purchase an operating company.  That purchase must happen within two years of the IPO.  The SPAC is formed by a sponsor, which usually consists of a management team with a “reputation”, whose responsibility is to identify and acquire a private business.  Once an acquisition is announced, the SPAC then raises more capital through a secondary offering of shares or a PIPE (a private placement in a public entity) to fund the acquisition.

‍What are the implications of selling to a SPAC?

•   Liquidity – Sellers receive a combination of cash and stock, creating a viable exit from their business while providing additional upside potential.

•   Speed – A typical IPO process takes 1-2 years of grueling preparation with investors, while selling to a SPAC can take as little as 3 months.  As an IPO of a shell company, there are fewer regulatory hurdles than a traditional IPO.

•   Valuation Certainty – When compared to a traditional IPO process, where the stock is priced at the IPO and is subject to the market whims on that day, in a sale to a SPAC the valuation is fixed and established well in advance of closing.

•   Partnership – Much like a sale to a value-added PE firm, a seller can gain from partnering with a proven sponsor and an experienced leadership team that can guide the company going forward.

•   Alternative to venture capital – SPAC sales are not limited to established profitable companies. So far in 2021, 15 non-biotech startups with zero revenue have completed or announced SPAC deals, exceeding the pace from the dot-com bubble.

•   Stock consideration – Sellers often take a significant part of their proceeds in stock of the SPAC, with certain lock-up provisions (restricting major stockholders from selling those shares for 6-12 months), subjecting themselves to normal market risk of a decline in stock price.

•   Loss of Control - While most exit transitions result in a loss of control, a sale to a SPAC may have the worst of all worlds: public shareholders, independent board of directors and minimal influence on performance and valuation.

In a recent report (1), Goldman Sachs noted that in the 56 completed acquisitions by SPACs since January 2018, on average, SPAC equities initially outperformed the broader equity market, but then significantly underperformed over the subsequent three-, six-, and twelve-month period.  In addition, the range of outcomes was extremely wide, with the top decile generating greater than 60%, while the bottom decile lost more than 80% of their value.

This may be explained by the fact that the early-stage companies acquired by SPACs are often highly speculative, with unproven business models and have little or no cash flow.  For example, electric vehicles have been a fertile area for SPACs in 2020 but this is probably better categorized as venture capital.

When compared to the traditional exit strategies of private sales or recapitalizations, IPOs are low probability opportunities for most middle market companies.  Having said that, if a company is truly a good IPO candidate, a SPAC is indeed a viable alternative in today’s climate.  Simply stated, SPACs should be viewed not as an exit option, but as an IPO alternative.  In the course of examining strategic options, owners should ask whether becoming a public company is the optimal strategic option.  It    rarely is and, while an interesting financing phenomenon, a SPAC transaction is not a realistic exit option for most middle market companies.

We are Here to Help

If we can help you maximize your outcome, please do not hesitate to reach out to any one on our team.